Our settlements are conducted only by attorneys with over a century of combined real estate experience. Our attorneys work closely with one of the most dedicated, skilled and efficient staffs in the title industry. If you need assistance in handling a complex commercial matter or merely need an answer to a basic real estate question, we are equipped to meet your needs. 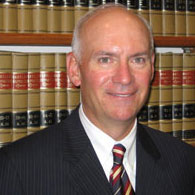 Louis S. Pettey focuses primarily on real estate law, representing residential and commercial real estate lenders, builders, and developers. Mr. Pettey is admitted to practice in the Commonwealth of Virginia and States of Maryland, West Virginia, and Florida. He is a licensed title insurance agent in Maryland, Virginia, and West Virginia. Law and Politics Magazine named Mr. Pettey a “SuperLawyer” in its Maryland, Washington, D.C., and Corporate Counsel listings.

Mr. Pettey earned his Bachelor of Arts from the University of Maryland, College Park in 1974, and received his law degree from the University of Baltimore in 1977. He has practiced law full-time with Heise Jorgensen & Stefanelli P.A. since December 1977, and has served as President of the firm from 1993 to the present.

Mr. Pettey’s clients include residential and commercial land developers and homebuilders. He prepares documentation for commercial real estate loans, and represents lenders on foreclosures and workouts on loans secured on Maryland and Virginia properties. He represents real estate builders and developers in preparing and negotiating contracts for the sale and purchase of residential and commercial building sites, negotiating financing instruments, preparing entity documentation, and examining property titles.

Mr. Pettey is a resident of Montgomery County, Maryland and is active in the legal community. He is a fellow in the American College of Mortgage Attorneys (ACMA) and served as its President in 2014-2015. He previously served two terms on the Board of Regents and has chaired numerous committees of the College.  He has spoken on legal ethics on continuing education panels for ACMA and the American Bar Association’s Real Estate and Trusts and Estates Section. Mr. Pettey also serves as panelist and panel chair for the peer review panels of the state attorney grievance commission. He is former president of the Maryland Land Title Association, and current president and member of the board of directors of his community homeowners association and has previously served as panel chair for the Montgomery County Commission on Common Ownership Communities. 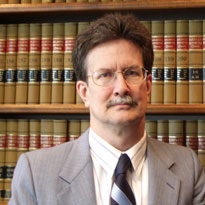 Mr. Steven P. Henne’s practice includes commercial collections, including mechanics’ liens and construction bond claims, mortgage foreclosures and related bankruptcy matters, and real estate settlements. Mr. Henne is a licensed title producer in Maryland, Virginia and the District of Columbia; is admitted to practice in the state and federal courts in Maryland and is a member of the Maryland State Bar Association.

Mr. Henne completed his undergraduate studies at the University of Maryland, College Park in 1973, and received his Juris Doctor from American University in 1976. He has practiced law full-time with Heise Jorgensen & Stefanelli P.A. since December 1976, and has been a principal of the firm since 1990. 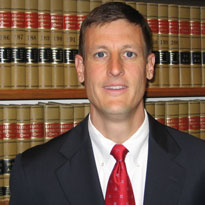 Stephen B. Jackson is the managing principal of Heise Jorgensen & Stefanelli P.A. His concentrations are in real estate, banking, and general corporate law. Mr. Jackson is a member of both the Maryland State Bar Association and the Montgomery County Bar Association. He is admitted to practice in the Bar of Maryland, and in the United States District Court for the District of Maryland. He is also a licensed title insurance agent in the State of Maryland, the District of Columbia and the Commonwealth of Virginia.

Mr. Jackson received his Bachelor of Arts Degree in English from Boston College in 1987, and his law degree from Wake Forest University in 1992, where he was a member of the Wake Forest Law Review. Prior to law school he worked for the law firm of Withington, Cross, Park, and Groden, and for investment firms Smith Barney and The Pioneer Group, Inc., each located in Boston, Massachusetts.

Mr. Jackson is a current member of the Audit Committee for Asbury Communities, Inc., a Maryland-based system of retirement communities, and served on the Board of Directors for the Asbury Foundation, Inc., providing oversight for foundation funding at continuing care retirement communities in the Mid-Atlantic region and Oklahoma. Mr. Jackson resides in Montgomery County, Maryland and is very active in the community. He served as both President of the Montgomery Village Rotary Club and the Montgomery Village Rotary Club Foundation and as a board member of the Gonzaga College High School Father’s Club. Mr. Jackson has also enjoyed coaching baseball, soccer, and basketball in various Montgomery County leagues. 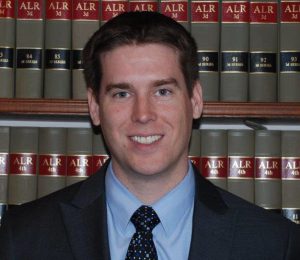 Jeffrey B. Ruark is an associate with Heise Jorgensen & Stefanelli P.A. His practice concentrations include real estate law, banking law, estate planning, and estate administration. Mr. Ruark is admitted to practice law in the State of Maryland and is a member of the Maryland State Bar Association and the Bar Association of Montgomery County. Mr. Ruark is also a licensed title insurance producer in Maryland.

Mr. Ruark received his Bachelor of Arts Degree in Communication from the University of Maryland, College Park in 2012, and his law degree from the University of Maryland School of Law in 2015. While in law school, Mr. Ruark spent two years clerking for the law firm of Karpinski, Colaresi & Karp in Baltimore. Following law school, he clerked for the Honorable Donald E. Beachley at the Circuit Court for Washington County in Hagerstown, Maryland. Mr. Ruark is originally from the Eastern Shore of Maryland, where he interned for the Honorable Daniel M. Long at the Circuit Court for Somerset County in 2011.